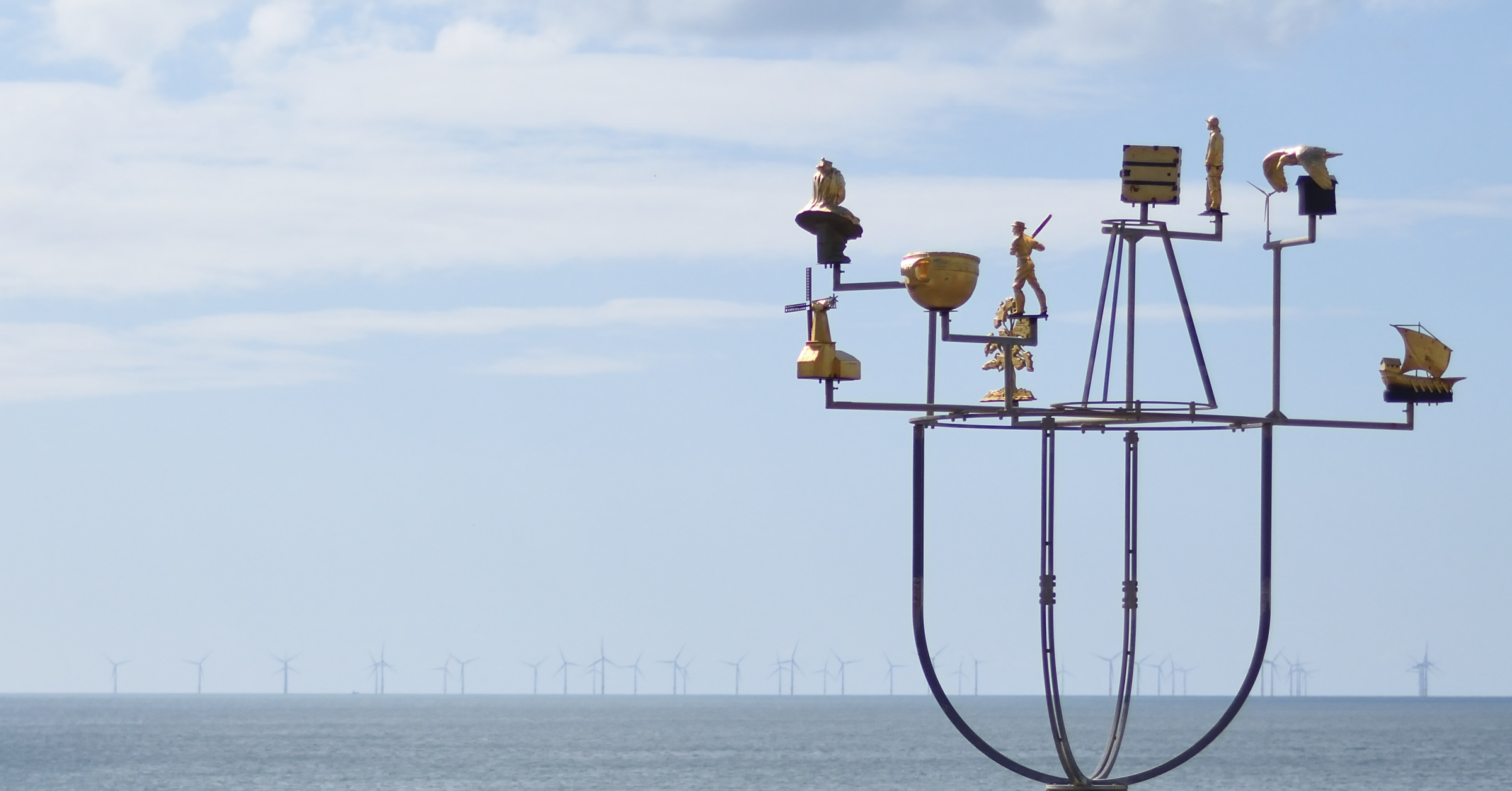 Now, according to an article I came across quite recently, on Adobe.com, "The rule of thirds in photography is a guideline that places the subject in the left or right third of an image, leaving the other two thirds more open. It divides a photo into nine equal parts, split by two equally spaced horizontal and vertical lines".  My attempt at applying this technique to a picture of a monument  I took in Brighton is the subject of this article.

Quite recently, while walking along the Brighton seafront, on the sunny weekend days of the 22nd and 28th August, 2021 I decided to test my recently purchased, second-hand, Nikon 1 J5 camera and Nikkor 32mm f/1.2 lens combination.  Street photography along the Brighton seafront is not particularly interesting, apart from when combining it with people watching, which is not an uncommon activity along seafronts everywhere.

Normally, there are loads of people in front of the Brighton Palace Pier, but the seafront does not offer many interesting backdrops, apart from pebbles  and the sea (Brighton beach is made from flint deposited in the chalk cliffs adjacent to Brighton. Hence, it is not a sandy beach!). However, the Brighton seafront does have some interesting monuments dotted along it, including the one shown in the images above and further below. 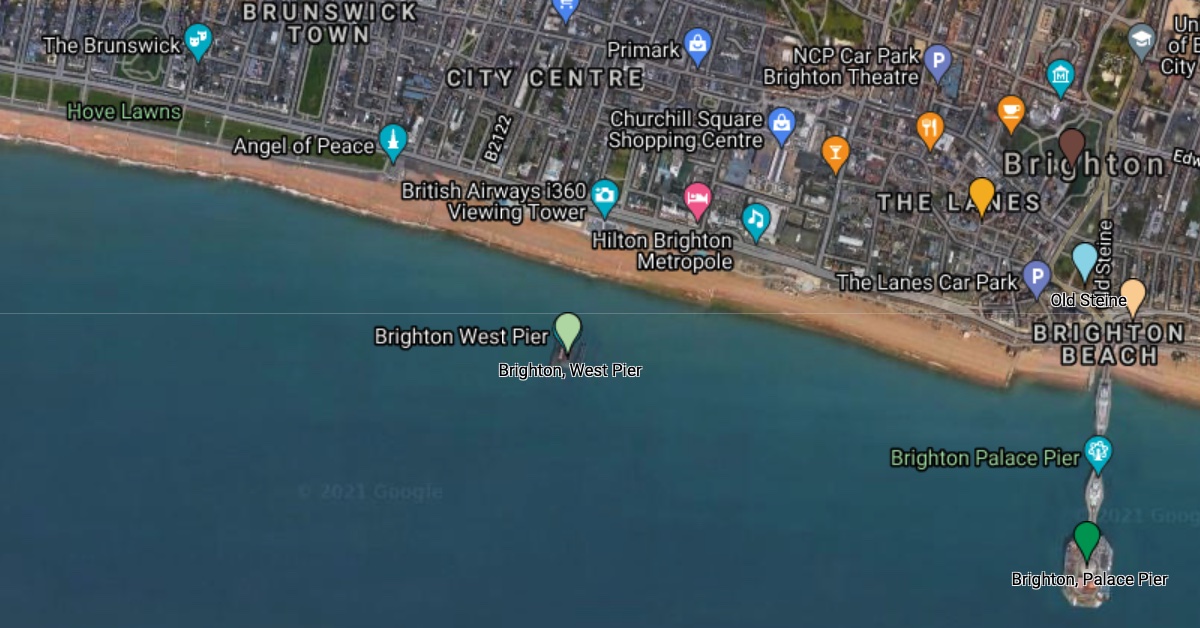 My two main photographs taken of this monument can be seen, side-by-side, below. The first image on the left  was  taken at the start of my new hobby of street photograph. While, taking this photo I  nervously concentrated on capturing the monument and forgot everything I had learnt from watching endless hours of YouTube photography videos and tutorials.

When I reviewed the photograph at home, later that day, it dawned on me that I could have, and should have, applied the rule of thirds. A week later, while walking along the same spot on the seafront, I did exactly that. The photo on the right is of the same monument, but this time taken while thinking about and executing the rule of thirds. Personally, I prefer the image on the right, as it tells more of a story.

The rule of thirds guidelines are quite straight forward and are achieved by setting the camera's grid lines to divide the display area into nine equal parts, as mentioned previously. Then, the main item of interest is captured on one of the spots at the cross-sections of the grid lines that divide the image. The spots have been highlighted, in the image on the right above, by the semi-translucent yellow boxes.

Although, the Nikon 1 J5 is a great, little and unobtrusive camera for the street photographer, I was initially thrown off by the grid lines dividing the display into 16 equal parts. The 4 x 4 grid lines of this camera can be seen in the image on the left, below. Now, we can see that when the 3x3 grid is overlaid on the 4x4 grid it is quite apparent that the eye must be trained to work differently with the grid lines to identify the same spots.

The 4 spots of interest can be superimposed on the image with the overlaid grids, as seen below right.  Hence, one just needs to make a small inward adjustment to identify the same spots.  That is, from the outer intersections of the grid lines on the 4x4 grid . When I took this photo I just made an educated guessed at where I thought the rule of thirds grid lines should be. It turned out to be quite a good educated guess that has produced a pleasing result.

The rule of thirds definitely provides an item of interest, in a photograph, more relevance with respect to its surroundings and I'm pleased I've learnt this technique.

An added bonus that emphasises the rule of thirds even more, discovered serendipitously, is cropping the image in GIMP (2.10). The image at the very beginning of this article and below has been created this way and to me has provided the icing on the cake. 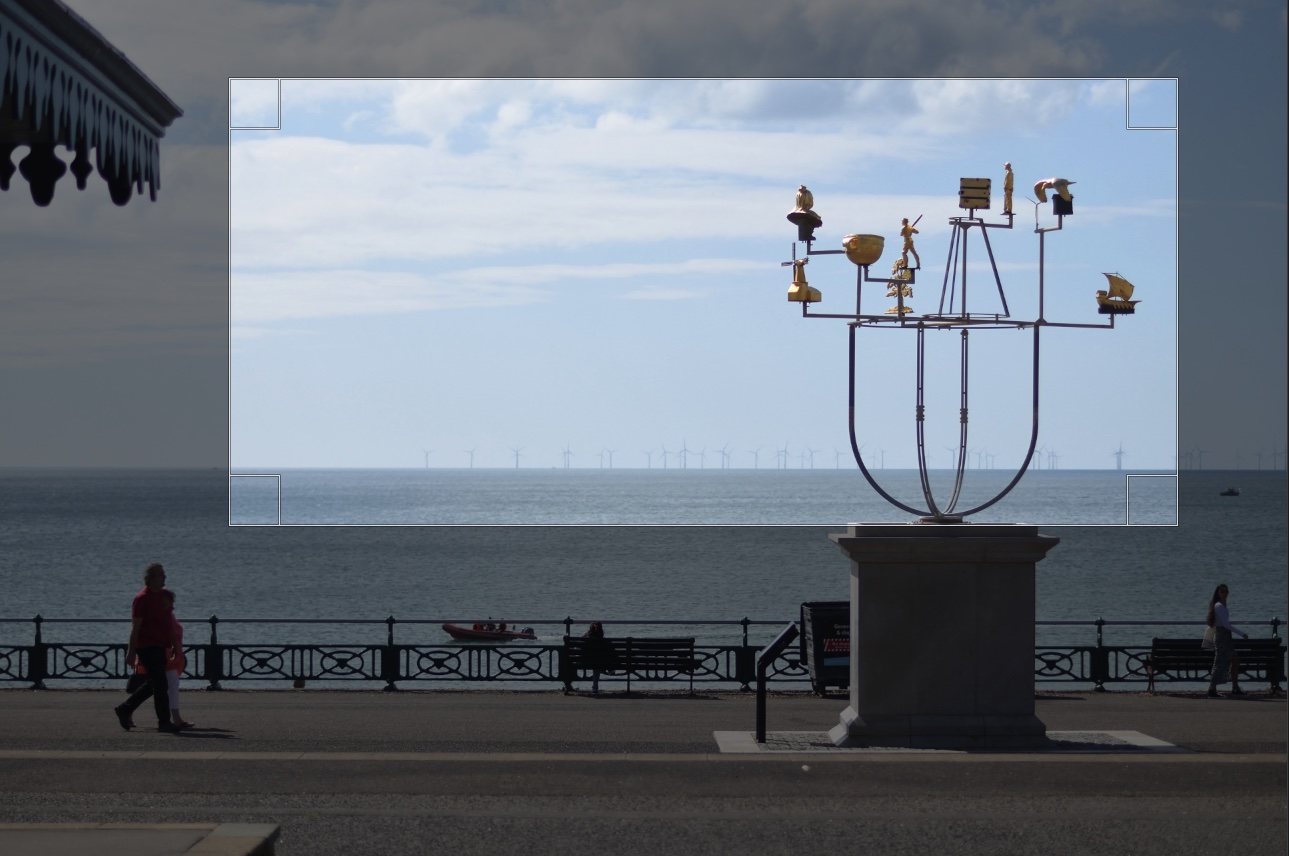